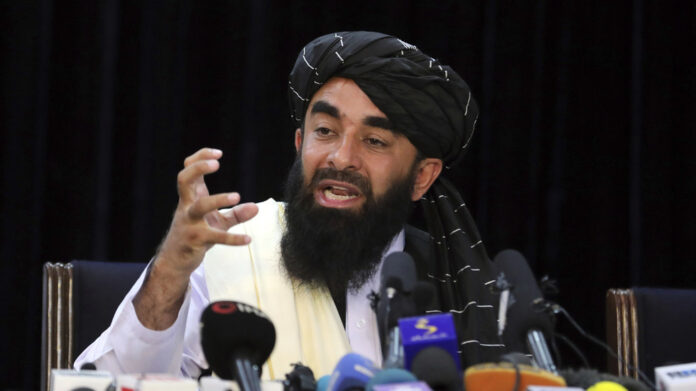 Taliban spokesman Zabihullah Mujahid, during the first press briefing on Tuesday, congratulated the whole Afghanistan and said, “We don’t want to repeat any war with any country.”

He further said that the rights of women will be under the Sharia law. “We have pardoned everyone and will not take revenge against anyone, including former military members and those who worked with the foreign forces.

“Nobody is going to knock on their door and ask them who they have been working for,” he said, adding that many younger Afghanistan citizens are “assets” that should remain in the country.

We have all borders under control, Mujahid told reporters at the first media conference in Kabul since its takeover by the Taliban. He promised that a government is “seriously” being formed and “it will be announced after completion.”