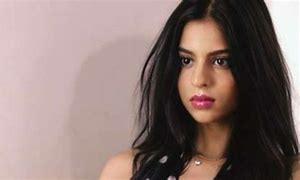 Suhana Khan daughter of superstar Shah Rukh Khan and interior decorator Gauri Khan, who is now 21, celebrated her birthday in New York, where she currently studies.  Suhana’s low-key birthday celebrations courtesy many fan pages dedicated to her on Instagram.

For her special day, the birthday girl picked a pistachio outfit and she looked cute as ever.

For Suhana’s birthday, her mother and interior decorator Gauri Khan shared a super cute picture of her daughter and she wrote in her caption: “Happy birthday… You are loved today, tomorrow and always.”

Suhana’s cousin Alia Chhiba, posting a picture from their childhood days wrote: “Birthday kisses for my A1.”

Suhana Khan frequently shares posts with her friends. Some with her friends in New York, and others with her close-knit friends circle in Mumbai, which includes Shanaya Kapoor, Ananya Panday and Navya Naveli Nanda.

Suhana Khan, daughter of superstar Shah Rukh Khan and interior decorator Gauri Khan, has inherited her love for acting from her father SRK.

She studied films at England’s Ardingly College and is currently a student at the New York University.

Suhana Khan, who has also done theatre shows in the past, featured in a short film titled The Grey Part Of Blue, directed by Theodore Gimeno, which marked her acting debut. The film released in the year 2019.

Radhe is Not a Great Film at All: Salim Khan, Salman Khan’s Father.