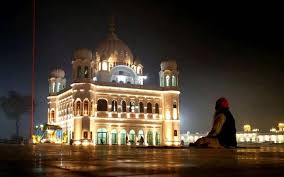 Two years ago, on this day, the Kartarpur Corridor was inaugurated by Prime Minister Imran Khan on the eve of the 550th Birth Anniversary of Baba Guru Nanak.

The magnificent newly built Gurdwara Darbar Sahib Kartarpur complex was a gift by the people of Pakistan and their leadership to the Sikh community in India and worldwide. In the last two years, the Corridor has not only fulfilled the earnest desire of the Sikh community around the world for easy access to the revered site, but is also reflective of the primacy that Pakistan accords to all the religious minorities in the country.

The Corridor has opened new vistas for the promotion of inter-faith harmony. The Corridor was described by UN Secretary General Antonio Guterres as “Corridor of Hope” during his visit to Kartarpur Sahib in February 2020.

The Kartarpur Corridor was reopened on 29 June 2020 under Covid-19 related protocols after its temporary closure due to the pandemic on 16 March 2020. India, despite resumption of international travel all over the world, opening of all religious places in that country and repeated calls by the Sikh community is yet to open the Corridor from its side and allow pilgrims to visit Kartarpur Sahib.

In the upcoming Baba Guru Nanak’s Birthday celebrations from 17-26 November 2021, we look forward to hosting devotees from India and around the world. Pakistan expects that India in the spirit of cooperation would allow pilgrims to travel through the Corridor to visit Kartarpur Sahib.