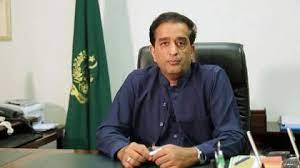 Special Assistant to PM on Climate Change Malik Amin Aslam said that lives and livelihoods in the Asia region are acutely exposed to exacerbating risk of flooding caused due to climate change.

However, concerted and joint action is urgently needed to address this common challenge flood risk, he stressed while addressing the participants at an international event ‘Accelerating Adaptation in Asia through large-scale Nature-based Solutions’ held on November 1 on the sidelines of the two-week global climate summit in Glasgow, Scotland, that began from October 31.

The Asian Development Bank in its latest studies has ranked Pakistan, Bhutan, Indonesia, Papua New Guinea, Sri Lanka, Thailand, Timor-Leste, Uzbekistan and Vietnam the most vulnerable countries in Asian region. “There’s a consistency in the global climate models, showing that the climate breakdown is all set to translate into more floods because of more intense rainy seasons in the vulnerable Asia in coming years,” emphasised Malik Amin, adding, “As a result, millions are most likely to see their homes, all their belongings and livelihoods destroyed when floods sweep, chiefly during summer wet seasons.”

He also expressed his deep concern that the nature has been pushed out of its comfort zone due to surging emissions of the heat-trapping carbon gases and invasion of habitats of the wildlife for economic gains, saying that it has dangerously crippled the nature’s ability to continue to provide ecosystem services for the human’s sustainability.

“More visibly, now nature is brutally revenging upon the lives and livelihoods of us all through unstoppable colossal floods, suffocating heat waves, surging wildfires, devouring sea intrusions and vanishing groundwater,” he highlighted. Referring to Covid-19 pandemic, a massive human disaster that proved the worst in recent human history, Malik Amin Aslam said that the disease’s outbreak is nature’s seething revenge upon humans for encroaching upon the habitats of wild animals. He suggested that adopting nature-based solutions (NbS)in all climate-vulnerable and climate-affected socio-economic sectors are key for protection of lives and livelihoods of the humans from climate change-induced floods and other risks, stemming natural habitats, improving groundwater recharge, decreasing risks of heatwaves, wildfires, cyclones, storms and sea-level rises.

Explaining NsB, Malik Amin Aslam informed the participants that such solutions are in fact actions to protect, sustainably manage and restore natural and modified ecosystems in ways that help cope with societal challenges effectively and adaptively, to provide both human well-being and biodiversity benefits.

They are underpinned by benefits that flow from healthy ecosystems and target major challenges like climate change, disaster risk reduction, food and water security, health and are critical to economic development, he added.

“For this to achieve, it is of unprecedented importance that global community, particularly rich nations play active role to limit global temperature rise by slashing climate-altering emissions and invest in nature-based solutions to protect, manage and restore ecosystems and land for the existing and future generations and natural ecosystems as a part of efforts for nature’s healing,” Malik Amin remarked.

Highlighting Pakistan’s initiatives for nature-based solution, the PM’s aide informed the participants that the country has already rolled out Recharge Pakistan Programme (RPP) as a part of PM Imran Khan’s vision for resilient Pakistan He said that The RPP would be jointly implemented by the National Disaster Management Fund and Ministry of Climate Change with the technical help of World Wide Fund for Nature (WWF – Pakistan) financial support from many others including Global Climate Fund (GCF).

Talking about the programme’s various facets, the PM’s aide said that it would help cope with imminent and emerging environmental challenges the country faces such as super floods, droughts, widespread rains, among others and will focus on building climate resilience for the most vulnerable communities living along the Indus basin.

The programme consists of three phases and each phase spans over a period of 10 years. It envisions better climate resilience, water and food security, and sustainable livelihoods through ecosystem-based adaptation by 2050, he added.

Malik Amin said further that the RPP would be implemented in selected sites, spanning over a stretch of 1,300km of the Indus, across Khyber Pakhtunkhwa, Punjab, Balochistan and Sindh. These sites would be selected in view of flood risks, climate projections, water storage, recharge potential and needs of the communities.

Pakistan suffers massively every year because of ruinous floods that make the rivers burst their banks and flood human settlements, economic centers and damage public infrastructure, Malik Amin told the participants. “For want of a proper floodwater management system, nature’s abundance turns the cause of devastation for the country, displacing thousands every year”, he highlighted, saying that Pakistan Recharge Programme would be a cornerstone towards the country’s flood water management.