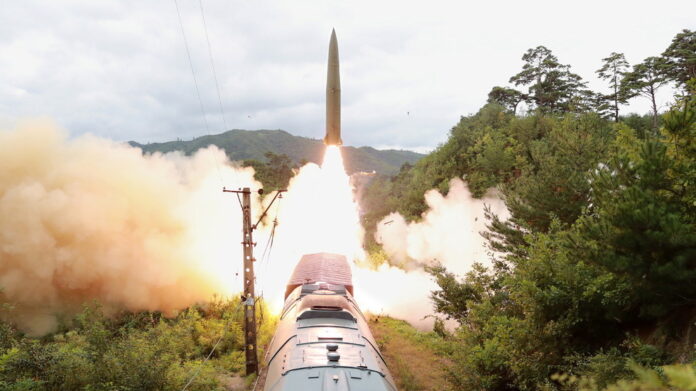 “The railway-borne missile system serves as an efficient counter-strike means capable of dealing a harsh multi-concurrent blow to the threat-posing forces,” said Marshal Pak Jong Chon, who also serves as a member of the Presidium of the Politburo of the ruling Workers’ Party of Korea and oversaw Wednesday’s missile launch test, according to KCNA.

Unconfirmed photos alleged to show the launch have circulated online, with a projectile seen blasting off from a railcar in an unidentified location.

South Korean and Japanese officials initially said they detected two ballistic missiles early on Wednesday, though shared few other details about the purported launches. KNCA noted the test was carried out under a unit organized earlier this year.

The launch comes after Pyongyang said it successfully tested a new long-range cruise missile earlier this week, which reportedly traveled some 1,500km (930 miles) before hitting a target in North Korea’s territorial waters. Washington denounced the launch, claiming it showed the country poses a threat to “its neighbors and the international community,” while Tokyo said it was “concerned” over the reported test.