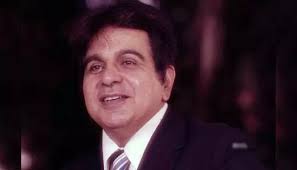 Dilip Kumar Dies at 98, Legendary actor was buried in Mumbai on Wednesday with full state honours. Wrapped in the national flag, Dilip Kumar was taken to Juhu Kabristan, where the film fraternity and thousands of fans lined up to bid him an emotional farewell.

Amitabh Bachchan and his son Abhishek Bachchan attended the burial ceremony, while a tearful Saira Banu look on at the cemetery. The Indian cinema legend breathed his last at Mumbai’s Hinduja Hospital on Wednesday morning following a prolonged illness.

In 1994, Dilip saab was conferred with the highest award in Indian cinema, the Dadasaheb Phalke award. The Pakistani government also honoured him, with Nishan-E-Imtiaz in 1998.

Pakistan Prime Minister Imran Khan tweeted, “Saddened to learn of Dilip Kumar’s passing. I can never forget his generosity in giving his time to help raise funds for SKMTH (cancer hospital he set up in memory of his late mother) when (the) project launched. This is the most difficult time – to raise (the) first 10% of the funds & his appearance in Pak and London helped raise huge amounts. Apart from this, for my generation, Dilip Kumar was the greatest and most versatile actor.”

Dilip Kumar, known to generations of film-goers as ‘tragedy king,’ was rushed to the hospital on June 30 after complaining of breathlessness. His family friend Faisal Farooqui confirmed the news of the actor’s death on Twitter. “With a heavy heart and profound grief, I announce the passing away of our beloved Dilip Saab, a few minutes ago. We are from God and to Him we return,” read Farooqui’s tweet via Dilip Kumar’s official Twitter handle.

Saira Banu was only 22 when 44-year-old Dilip Kumar proposed marriage to her. They tied the knot in 1976.

Actress Helen recalls the time she spent with Dilip Kumar on the sets of Ganga Jamuna (1961) and Bairaag (1976). “I feel lucky to have shared screen space with him. He was a kind and caring person. I still remember I was really nervous but he was so helpful. He sat with me and told me not to be nervous. He was a very generous co-star,”

Nawazuddin Siddiqui shared via his Instagram account, “The Greatest in the World Of Cinema. An Institution, An Inspiration & “The Pause”. The Thespian, me & my father admired closely and had watched all his work. His craft could be felt but can never be described in words.

Dilip Kumar, born Yousuf Khan and often known as the Nehruvian hero, had appeared in some of Indian cinema’s most iconic and path-breaking films. His career spanned over five decades with landmark films like “Mughal-e-Azam,” “Devdas,” “Naya Daur,” and “Ram Aur Shyam.” His last big-screen appearance was in the 1998 film “Qila”. The thespian was honoured with the Dadasaheb Phalke award in 1994 and the Padma Vibhushan in 2015 for his contribution to Indian cinema.