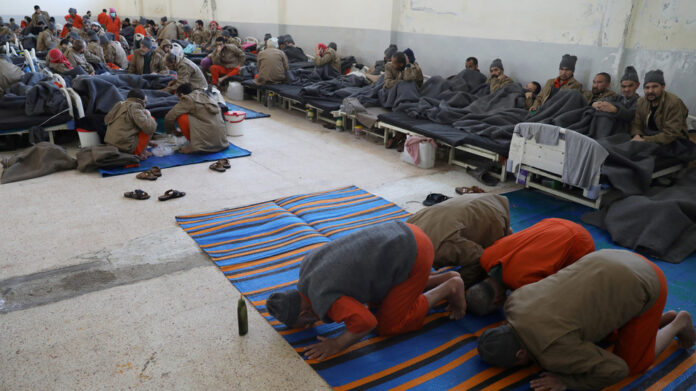 22 November 2021.
Former ISIS fighters have claimed the Kurdish-led Syrian Democratic Forces (SDF) are charging $8,000 per person to free militants from prisons under a so-called ‘reconciliation’ scheme.

According to a report in the UK’s Guardian newspaper, former ISIS fighters, who fought for the militant group until it was defeated in 2019, secured their freedom from the Syrian al-Hawl prison facility through the scheme.

Currently, three SDF-controlled jails in northeast Syria are thought to hold around 8,000 Iraqi and Syrian individuals who are accused of fighting for ISIS, as well as 2,000 foreigners who are waiting to be deported back to their home nations.

The ex-ISIS militants claimed that at least 10 people, to their knowledge, have bought their freedom through what’s been reportedly dubbed a ‘reconciliation’ scheme. The two men provided the British-based newspaper with documentation to back up their claims, as well as testimony of how they’d been released from detention.

One individual, Abu Jafar, who claims he was released after his family sold some property, stated he paid $8,000 as a fine, as well as a further $22,000 in bribes to SDF officials. Similarly, Abu Muhammad, who says he fought alongside ISIS on the frontline, said he had paid the $8,000 figure and $14,000 in bribes. (Agencies)

SDF spokesperson Farhad Shami has denied the existence of the scheme, rejecting the documentation seen by the Guardian and stating that no payment has been taken to free former ISIS fighters. However, Shami did accept that some individuals, who worked in “IS-run offices or were forced to join IS” were freed if their “hands were not stained by blood.” However, he said anyone released is “monitored by security forces” to ensure they don’t seek to rejoin or aid the militant group again.

The international anti-IS coalition refused to comment on the reported scheme, stating that the prison facilities are controlled by the SDF.